Print Page
« Objections to Claims: Two of These Creditors Are Not Like the Others [1]
Measuring Success in Chapter 13: Five Years Later »

Passing of a Legend 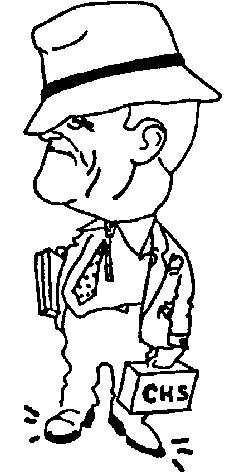 C. Kenneth Still was a legend. “Always with Barbara at this side, he epitomized qualities I think we all seek—honesty, diligence, kindness, and patience. He was a great mentor and a quick wit, and I miss him already. Whenever I think of NACTT, I remember Ken and I’m grateful that I was able to call him my friend,” said The Honorable D. Simms Crawford, United States Bankruptcy Judge for the Northern District of Alabama.

“I am deeply saddened by the loss of Ken Still, trustee emeritus from the EDTN. He was a mentor and a friend.I recall my first NACTT conference (the judge that appointed me insisted that I attend) held only about 3 weeks after my appointment. When I walked into the hotel lobby (it actually may have been a motel), looking like a deer in the headlights, Ken Still and Jody Troxler (then Jody Kinlaw) looked at my badge and asked, ‘Are you the guy who is taking over the trusteeship from Keith Lundin?’ When I responded in the affirmative, Ken and Jody asked me to have a seat so they could tell me the right way to do this job. I guess they were concerned that I might have picked up bad habits from Keith. After that I watched, visited, and attended hearings and meetings of creditors in Chattanooga. Ken was one of those trustees who could muse as a meeting began that a case ‘smelled like a 70% plan’ and, invariably, he was right. I freely plagiarized his ideas and continued to enjoy his counsel as often as possible.I was fortunate to go to his house just days prior to his passing and visit with him about the good old days (thank you, Kara, for your help) and, as Kara mentioned, he was at peace and ready to go. He will be missed.”

He trained more bankruptcy attorneys in the Chattanooga area than you could imagine. In fact, he was given an honorary membership to the Chattanooga Bar Association and received their Ralph H. Kelly Humanitarian Award in 2005. He commanded an audience at tightly packed meetings of creditors and could mediate a creditor objection with just a few words. He knew how to sniff out undisclosed property and nefarious motives. At lunch, he often would entertain us with stories of bad actors. He secretly disclosed that his biggest asset was an ability to do math, finding that it appeared to not be taught in law schools. He was proud of any debtor who completed a plan because he understood the effort it required. He loved being a trustee, and it showed.

Jan Sensenich, Chapter 12/13 Trustee for the District of Vermont: “I remember when Ken retired at 82. You could tell that was not easy for him. You could tell as he spoke he was someone who dearly loved doing this work and would have been happy to keep doing it. I think that says something about Ken and this work we share. Although I probably did not get to know Ken as well as I should have, I do feel that he epitomized the generation of trustees that created the NACTT and largely formed this position into what it is today. We owe him and his generation of trustees a debt of gratitude for their vision and leadership. He is and will be missed but remembered.”

Mr. Still always took the time to answer questions and explain how the Chapter 13 program worked. Regardless of who asked or how long it took to explain it, he made the time. Mr. Still was grateful to the mentors who helped him and lauded their accomplishments. He had a healthy work ethic and respect for what the Chapter 13 Program tries to accomplish. He was willing to pass along all his knowledge to promote the Program. He taught me a lot of meaningful lessons, namely:

But the best lesson he taught demonstrated his faith in God and love for his family. When he and Barbara were starting their family, Mr. Still was determined to send his children to college because he had not gone. He started looking for a higher paying job and asked for leads from others at church. He received an opportunity at a manufacturing plant, but when he showed up for work, he learned the employer no longer needed him. Devastated, he prayed: “God, I know you love these kids more than I do. So, if these kids are meant to go to college, then I need your help.” Shortly thereafter, the position for trustee was announced. The prior trustee had been removed in a scandal due to poor management. No one wanted the job. It was a mess to fix. Mr. Still took the challenge and ran with it. At first, he felt overwhelmed and thought about quitting, but he persisted and sought help. Over time things improved, and the Chapter 13 Program grew. In 1968, his office processed $711,793 in receipts. The year he retired the office processed $99,868,302 in receipts. He helped thousands of debtors get their fresh start while paying billions to creditors. Aside from family vacations, Ken Still worked every day for 47 years except for a single day missed due to chemo treatments. The only reason Mr. Still retired was to take care of his beautiful bride Barbara after she began suffering from dementia. Love of family instigated the beginning and end of his career, and he trusted God to get him where he needed to be.

At the time of his appointed, Ken described his offices like this: “Across from the Federal Building were a block of old store front buildings . . . rented one of these stores, which in years gone by had housed a movie theatre. The floor was sloped to the rear and the office staff had to sit with their feet hooked around their desk legs to keep from rolling to the rear of the office. I’m not making this up.My office was at the very back and wasn’t too bad but had a hole in the floor where I watched people printing ‘butter and egg tickets’ for illegal gambling. For the unlearned, people on the street would bet on the three last numbers of the total sales of butter and eggs on the commodities market. Pretty good entertainment for me.” Memories of a Chapter XIII Trustee by C. Kenneth Still, 11/10/19 (Truly, a great read.)

While this could be a great end to this article, alas, I would be remiss to not mention the ‘calculator’. Ken used to tell everyone about how that calculator was a game changer. Rodney Strong, retired attorney and chairman of the Hamilton County Democratic Party, said, “When I first started practicing law in 1978 and started handling bankruptcy cases, I was frequently in front of Mr. Still for the meeting of creditors to work through Chapter 13s for my clients. Ken had an old Texas Instruments calculator that he would use to work out the math. He came across as a little gruff but for all that impression, he was always very helpful and patient with a young lawyer like me. He guided me through the bankruptcy process and taught me how to help my clients in the process. Ken was a great man and a mentor to many. Sorry to hear of his passing.” From Longtime Bankruptcy Trustee C. Kenneth Still Dies, The Chattanoogan.com, 6/9/21. 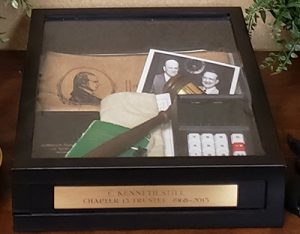 The calculator is still in the office of the trusteeship in a little memory box. It’s to remind us to Do Our Best every day.

Cancel
« Objections to Claims: Two of These Creditors Are Not Like the Others [1]
Measuring Success in Chapter 13: Five Years Later »