“Does wearing these horizontal stripes make me look fat?”

My wife, Becky, tells me that clothes with horizontal stripes make one look broad or fat. However, wearing clothes with vertical stripes create the illusion of making one look tall or slim. Smart fashion designers design clothing that creates the illusion that people are something they are not. I must confess that I never consider this when shopping for clothes.

My friend, Naliko Markel, Chapter 13 Trustee in Eugene, Oregon, always greets me by exclaiming, “HAIL, Merideth!” For my friend, the greeting of “HAIL” is an acronym for the character traits of Honesty… Authenticity… Integrity… Love. Naliko gives credit for this greeting to TED talk speaker Julian Treasure. This greeting is a cogent reminder to me that character counts.

Honesty
There is an old adage that says, “Honesty is the best policy.” Honesty involves both being truthful with self as well as being truthful with others. Honesty is the foundation of any relationship… professional and personal. Honesty is what makes one trustworthy and reliable. I do not advocate being brutally honest with the purpose of hurting another person. However, being honest, even with a loving attitude may hurt someone’s feelings, but in the end domore good than harm.

Authenticity
In Shakespearian times, stage actors often wore masks as they performed. These actors were occasionally called hypocrites (from the Greek words hypo, meaning beneath, and the Greek word crite, meaning interpreter). The actors literally interpreted the character they were playing from beneath a mask. People today often wear masks to interpret who they are in a deceiving manner… thus, hiding who they really are behind the mask. Authenticity is the character trait of taking off one’s mask and revealing the reality of who one really is.

Integrity
For me, integrity is too broad a term… yet, it is one that must be on the list. Integrity is often defined as doing the right thing even when no one is watching. Integrity is having the courage to do what is right, even when it is difficult. Through integrity, one builds credibility with business associates, friends, and… most importantly… family. A life of integrity allows one to be genuinely accountable not just to superiors but also to others and to self.

Love
Love is defined in multiple ways… usually in romantic terms. However, this limited view of love does a disservice to the real meaning of love. In a universal sense, love is the genuine care about others’ personal welfare…. becoming genuinely interested in others. Love is listening intently to what others are saying, asking questions, and exploring the opinions and perspectives of others. Staying engaged in meaningful conversations generates an environment where people feel heard and genuinely loved.

Respect
Treating others with respect is an important character trait. Society needs to rediscover the art of disagreeing without being disagreeable. We need to rediscover the virtue of treating others the way we want to be treated.One thing that almost all major religions have in common is some version of this character trait that is often referred to as the Golden Rule. Society needs to relearn how to be considerate and honoring of the feelings,opinions, and property of others. 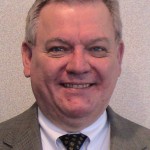 Merideth Akers has been the comptroller for David P. Rogers, D. Sims Crawford, and Bradford W. Caraway, Chapter, 13 Standing Trustees in Birmingham, Alabama since 1999. Merideth graduated from Samford University with a major in Accounting and a minor in Economics. Merideth is a Certified Public Accountant (CPA) and a Professional in Human Resources (PHR). He has served as a seminar instructor in the fields of both Accounting and Human Resources as well as being a facilitator for the NACTT Annual Meeting and Seminars and the NACTT Staff Symposiums. He is involved in several professional, civic, and educational organizations. For recreation Merideth enjoys golfing, backpacking, canoeing, hunting, fishing, boating, spending time at the beach, dining out with friends, attending grandkid’s youth sporting events, and attending college sporting events. Merideth and his wife, Becky, have three married children and seven grandchildren.