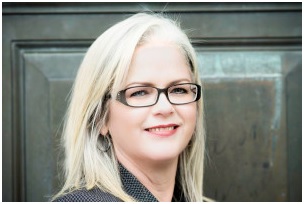 It is incumbent upon nonbankruptcy attorneys, including personal injury attorneys, to verify on PACER that their client is not a debtor and that the cause of action as to which they represent their client is not property of the estate; failure to obtain approval of the bankruptcy court for representing a debtor or settlement of a personal injury action is conversion of property of the estate. (Sawyer) In re McLemore, 2022 WL 362915 (Bankr. M.D. Ala. February 7, 2022)

In December of 2020, Daryl was involved in an auto accident creating a personal injury claim. His bankruptcy attorney amended the plan disclosing the personal injury claim and committed nonexempt proceeds generated from the P.I. claim to the trustee to benefit unsecured creditors. Daryl amended his exemptions to claim a $5,000 exemption in the pending cause of action.

Although the debtor disclosed the action and his intent was to be represented by Benjamin Harrelson of Alexander Shunnarah Injury Lawyers, no application to retain counsel was filed.

When the Chapter 13 trustee discovered that the lawsuit had settled for $40,000 without court approval, no approval had been obtained for retention of the Shunnarah Law Firm,and that firm had distributed the proceeds to itself and the debtor, she filed motions to dismiss the case and examine attorney fees. McLemore’s bankruptcy counsel’s response was prompt. He filed a motion to modify the Chapter 13 Plan in which he acknowledged receipt of $16,788 of settlement proceeds which should have been paid to the trustee. He sought to rectify the problems created by increasing the “POT” by $11,000, changing the entire “POT” to $16,075.

The bankruptcy court was not pleased. “The settlement funds which were the proceeds of the personal injury claim is property of the bankruptcy estate.” Thus, distributing the funds, both to the Shunnarah Law Firm and to the debtor, constituted conversion of estate property.

The debtor’s feeble attempt to obtain employment of special counsel nunc pro tunc was denied. After the Supreme Court’s ruling in Catholic Archdiocese of San Juan v. Acevedo Feliciano, 140 S. Ct. 696 (2020), application for orders that were “nunc pro tunc” were, in fact, seeking to create revisionist history to show as fact something that never had occurred. While acknowledging that some employment orders are permissible when “the movant can show the professional seeking employment would have been qualified for appointment and excusable neglect for failing to file a timely application” was present, here, no excusable neglect was demonstrated.

The court observed that a simple PACER search at the beginning of the representation would have revealed the existence of the bankruptcy case and would have prompted counsel to employ the appropriate procedures. Had a PACER search been done, counsel would have known to file a motion to approve appointment of counsel and file an application for attorney fees, awaiting court approval and instructions before making any disbursement. Here, the applications were filed two months after becoming aware of the bankruptcy case. By then, more than nine months had accrued since the personal injury claim and three months since it was “settled”. “Because the employment is not approved by the Court, any fees and expenses requested in connection with the representation of Debtor in the personal injury action are likewise not approved. Therefore, the application for approval of attorney fees and expenses is denied.”

The court determined who should be responsible for repairing the misappropriation and conversion of estate funds. By examining each of the parties, the court concluded that there was only one responsible party: the personal injury law firm. Accordingly, the firm was ordered to pay to the Chapter 13 trustee the sum of $40,000, the total amount of the settlement.

The debtor bore some responsibility for failing to communicate with his bankruptcy attorney, who presumably would know to file the necessary applications, or advise the personal injury attorney of the existence of his bankruptcy. McLemore knew or should have known that the proceeds he received from the settlement were property of the estate and were pledged to his unsecured creditors. Debtor’s bankruptcy counsel was sophisticated enough to recognize the problem and preempt the court by modifying the plan to apply the full nonexempt amount the debtor had actually received to increase payments to the plan. The court agreed that “Debtor should not be allowed to receive the benefit of Harrelson and the Shunnarah Firm’s error in disbursing the proceeds to Debtor that were pledged to the estate.”

The court was concerned with the conduct of the P.I. firm because it had a history of doing the same thing in prior cases –settlements of personal injury actions without approval of the bankruptcy court. Requiring return of property of the estate was appropriately directed to the P.I. attorneys.

What This Case Means to Debtors

Debtors have an obligation to tell their bankruptcy attorney everything. All debtors’ attorneys are aware of this obligation for candor and disclosure. What is less known is that there are attorneys that represent debtors in Chapter 13 that do not practice Chapter 13 bankruptcy law. Many of them are personal injury plaintiffs’ counsel.

Judge Sawyer has clearly stated that everyone representing an individual with a personal injury claim has a responsibility to check with PACER to determine whether their client is a debtor in bankruptcy and whether the cause of action that they have may, in fact, constitute property of the estate.

Debtors’ counsel bears a specific responsibility to advise special counsel of this obligation. Here, debtor’s counsel became aware of the cause of action but apparently was unaware that the debtor had hired counsel in Birmingham and was pursuing a settlement with the other law firm. Debtor’s counsel was placed at a significant disadvantage in representing his client. The one thing that debtor’s counsel could have done a little more effectively was to provide strong advice to his client to come clean when special counsel was obtained so that he could, in sufficient detail, provide information to the court and request approval of retaining the personal injury attorney. As Judge Sawyer said, “Debtor’s counsel is expected to counsel his client to keep him advised of the progress of the personal injury suit so that any proceeds are paid over to the Trustee. Because that didn’t happen here, one might question whether [debtor’s bankruptcy counsel] properly counseled his client, or whether a properly counseled client willfully converted property of the estate . . .” Here, debtor’s bankruptcy counsel may have expected the debtor to hire him to pursue the P.I. claim and, when the debtor hired the Shunnarah Firm, the debtor may have willfully kept his bankruptcy counsel in the dark. Debtor’s counsel cannot be faulted for the failure to disclose that the debtor had hired the Shunnarah Firm when and if he had no advance knowledge that the personal injury action had been turned over to it and had been settled and funds disbursed.

What This Case Means to Creditors

This almost looks like a windfall for the unsecured creditors. Not only did they obtain the benefit of the nonexempt proceeds of the personal injury action, they also obtained the windfall of the attorney fees that had been improperly taken by personal injury counsel.

Note that in this case, the debtor had modified the plan to increase the “POT” but most of this was being paid by the Shunnarah Firm when they reimbursed attorney fees and when the debtor modified the plan. Did the unsecured creditors receive the full amount of the $40,000? Or did the unsecured creditors get the benefit of the undisclosed law firm’s fees plus the nonexempt portion of the settlement? None of this is disclosed.

What This Case Means to Trustees

It was Sabrina McKinney, the Chapter 13 trustee, that brought this issue to light. One could understand the frustration of the trustee in finding out that none of the proper procedures had been followed in the case and that the funds belonging to the unsecured creditors were not remitted in a timely fashion.

One unusual allegation, nipped in the bud by the bankruptcy court, was that the trustee, in pursuing the refund of attorney fees was seeking to benefit herself over the hard labor undertaken by plaintiff’s counsel. The argument made by the personal injury attorney was that the trustee collected a vast amount in lawsuit proceeds in other cases in 2021. “The Trustee is receiving the benefit of other attorneys’ skill, hard work, and financial risk. With no authority to support her, the Trustee is suggesting to the Court to take earned income from one of those same attorneys and give it to her.”

Judge Sawyer noted that the trustee does not act on her own behalf but acts on behalf of the estate. The Shunnarah Firm’s argument that “the trustee is enriching herself at his expense is absurd. Rather, she is recovering money that should have rightfully been paid to the creditors.”

The trustee was simply seeking to implement the terms of the Bankruptcy Code, the plan, and the rules of the court. When one examines Judge Sawyer’s opinion and sees the number of times in which the Shunnarah Firm had represented Chapter 13 debtors in personal injury actions but failed to obtain court approval of the settlement or their representation, one can well understand the trustee’s frustration and anger.

Here, the trustee was successful, had no liability to the estate or any attorney, and actually did what was expected of her. Her actions are to be commended. 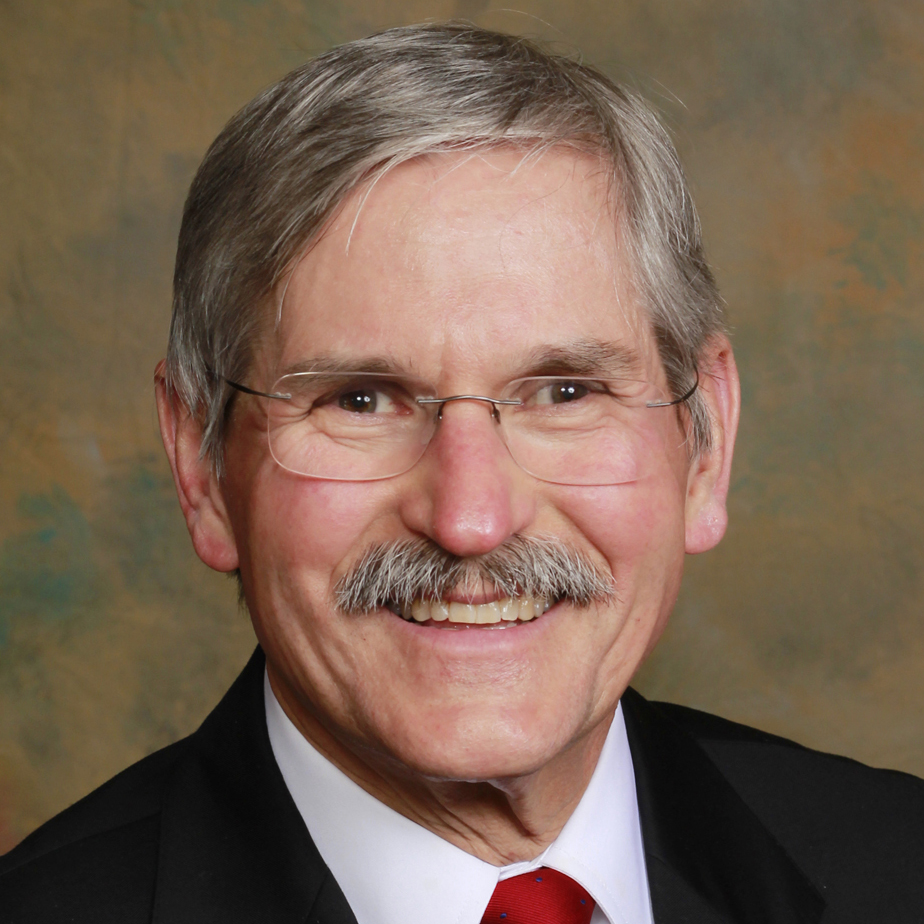