Meet a New AND Newish Trustee 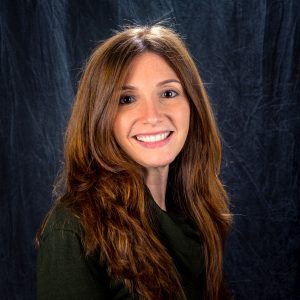 Let’s take a step back. Ms. Preuss graduated from Albany Law School, where she was president of the Tax Law Society because her ambition throughout law school was to practice estate planning and tax law.

Between her first and second years of law school, Preuss gained her first taste of consumer bankruptcy. She worked as a file clerk for the then Chapter 13 Standing Trustee Marianne DeRosa. The next year she served as a summer intern for Melanie Cyganowski, United States Bankruptcy Judge, Eastern District of New York. After that she was hooked.

As fate would have it, upon graduation from law school Trustee DeRosa was in search of a staff attorney. Preuss accepted the offer and served for 12 years. A job she dearly loved.
Upon Jeffrey Sapir’s retirement, Preuss was appointed Standing Trustee. Then in 2021 when DeRosa retired, Preuss was also appointed for that position.

She has lectured on chapter 13 bankruptcy issues at numerous law school classes and seminars. She is a member of the Hudson Valley and Nassau County Bar Associations. Preuss serves on the Consumer Lawyers Advisory Committee for both Brooklyn and Central Islip, and the Trustee Liaison Committee for the Southern District of New York. She is a member of The Academy for Consumer Bankruptcy Education, and the National Association of Chapter 13 Trustees (NACTT) where she currently serves on their public relations committee.

Her office philosophy is that teamwork makes the dream work! She has a genuine appreciation for her staff members and believes each role is just as important as the other.

Preuss enjoys spending time with her husband, Ryan, their two daughters, Lola (9) and Pearl (6), and fur-baby Bowser – an English Bulldog. With the girls’ ages and the stressful state of the world, comedy is the go-to genre at their house. Whether it be books or movies, it must be funny.

She hopes to one day have time for a hobby or other leisure activities but currently there is simply no time.

The irony is not missed on Preuss that while in school, she thought she would be planning estates and here she is still working with estates, but in a quite different manner. She finds this work much more rewarding as she loves the public service aspect of consumer bankruptcy.

One of the most surprising things she has learned in her tenure so far is how supportive and helpful her collogues are. She is eternally grateful for the assistance and wisdom many of her fellow trustees gave to her especially during the first year of her trusteeship. “I simply could not have survived that first year without them.”