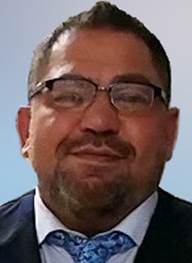 On Thursday, September 16, 2021, the bankruptcy community lost a good friend and esteemed colleague, Robert S. Thomas II. In an effort to pay tribute to Robert, who was loved and respected by so many, The NACTT Academy is privileged to share comments, thoughts, and tributes made by Robert’s bankruptcy colleagues.

While practicing bankruptcy in his hometown of Akron, Ohio, Robert made many life-long friends and had a significant impact on the bankruptcy community. “Over the years, I watched Robert work tirelessly for his clients. Even though we were on opposite sides in many cases, I admired his legal skills. We often worked together in planning the annual White-Williams seminar. I know he really enjoyed being a Chapter 13 Trustee and understood that each case involved real people that needed help. He will be missed by everyone in the bankruptcy community. And I will miss my friend”. Keith L. Rucinski, C.P.A., J.D., Chapter 13 Trustee for the Northern District of Ohio at Akron.

As a Chapter 7 Trustee in Akron, Robert always considered the people behind the case number, and as a result generally had a higher threshold for opening asset cases in comparison to the other panel trustees. In our field, we would definitely categorize Robert as being “debtor friendly”, but never would he lose sight of his responsibilities as trustee, nor would he lose sight of the requirements under the law. Just as important, no matter who was in front of him, he showed everyone the respect and dignity they deserved.

Attorney Kristopher Immel of Akron, Ohio, who was a former law student of Robert’s at the University of Akron McDowell School of Law, said that Robert taught him everything he knows. “He was always kind and considerate. He made debtors feel comfortable, and if practitioners had questions, [he] would always take the time to work it through with them. He would always take my call even after moving to Maryland”.

Robert also had a knack when it came to meeting new colleagues. Chapter 7 Trustee, Craig B. Leavers, of the District of Maryland at Baltimore shared a story about meeting Robert:

After I was appointed as a Chapter 7 trustee, he took the initiative to introduce himself to me and offered his assistance with anything that I needed.

The next time I saw him was a couple of weeks later while we were conducting 341s in Baltimore – he was in the room next to my room. During a break, he came in to see how everything was going. He asked when I would be conducting 341s in Salisbury. As a bit of background, Salisbury is a very small town, and the 341s are held in a small courtroom inside the post office in the center of town. After telling him I would be there in a couple of weeks, he made sure that I got a key to the post office and sent me a text with the code to the lock on the door within the post office that contained the 341 materials and recording device. I didn’t even think that I would need any of that – I actually never even thought of it – I guess I thought that I would just show up and everything would be there waiting for me. But Robert thought of it. He knew that I would need that guidance, and was thoughtful and kind enough to look out for me.

Fast forward to a couple of weeks later. I arrived early in the morning in Salisbury for my 341s, and had just entered the post office with the key that Robert arranged for me to get. My cell phone rang while I was setting up my laptop and my recording device. It was Robert, wanting to make sure that I got into the building and had found everything that I needed.

That was so typical of Robert. He endlessly gave of himself and went above and beyond what any ordinary person would do – and he never expected anything in return.

As you know he was a very affable, intelligent and friendly guy. In one of my first conversations with Robert when he came to Maryland, knowing he was from Akron, I asked him how far Akron was from Youngstown. I told him I was born in Youngstown but I moved away when I was four so I don’t remember much. He just smiled and said “That’s alright, you’re still a Youngstown boy”. And just like that he made me feel like we were old neighborhood buddies.

Attorney Gill went on to say that Robert “…always enjoyed talking about sports and coaching our kids’ sports teams, and he shared some old basketball plays for me to use for my son’s basketball team. One day I showed up for a 341 meeting with him and he had his old coaching clipboard that he gave to me”. Robert quite simply had a gift of generosity and of making everyone comfortable.

When talking about the impact that Robert made upon the Chapter 13 practice in Baltimore, the same overall sentiment was shared by so many. David Piekarz, Robert’s Staff Attorney in Baltimore, felt that “Robert became an integral part of the bankruptcy system here [in Baltimore]. From the newsletter to seminars to having a great relationship with the Court, staff, Clerk’s Office, debtor and creditor bar. He did not say ‘no’ when asked to participate in any project the Court or Bar needed”. Attorney Marc Kivitz of Baltimore shared that “Robert reinstituted a long-forgotten tradition of the Chapter 13 Trustee’s newsletter in which he wrote articles on recent cases around the country and encouraged submissions of articles from members of the Bar”. Attorney Kivitz went on to echo Attorney Piekarz’s sentiments that “Robert researched and presented materials at many Consumer Bankruptcy Section seminars and served on several panels with me and with other attorneys. He willingly shared his knowledge with the Bar and made us all better lawyers”.

That, he did. He made us all better – better at what we do, and better at who we are. “No one even came close to the humanity, kindness, sense of humor and compassion he had for both Debtors and our consumer Bar. He was clever, creative and appreciated out of the box thinking… He elevated the Bar in a way that others were never able to do.” Sari Karson Kurland, Maryland Bankruptcy Attorney.

Attorney Z. Debra Gliden of Maryland said that Robert was “a great humanitarian on a world class scale” who “promoted the welfare of everyone who crossed [his] path.” Anyone who knew Robert well would agree that truer words have never been spoken.

Robert was one of the two chapter 13 trustees assigned to my docket. I have great respect for the work and commitment of all of our chapter 13 trustees, and Robert was a stellar example of exactly why I feel this way. He was exceptionally dedicated to the bankruptcy system and all the parties affected by the system. He worked tirelessly with our debtors to help them navigate the chapter 13 process and to facilitate communications with all creditors. Robert had a profound impact on the bankruptcy community. I believe that his many contributions will continue to benefit our community, and he will be deeply missed by us all. Hon. Michelle M. Harner and her entire Chambers staff.

Robert had a passion for helping others that is unmatched – whether that was helping as counsel in a bankruptcy case, helping a debtor or an attorney in his capacity as a bankruptcy trustee, or helping a friend or colleague on a personal level. He had a huge heart, and his devastating loss will be felt for a long time. “Let’s keep Robert’s memory alive in everything we do as consumer bankruptcy attorneys. It will not be hard to do. He was special. And what he did was special. Every one of us knows that”. Bud Tayman, Maryland Consumer Bankruptcy Attorney.