Print Page
« Remember, Landlords Are Sacred Cows in Bankruptcy
List It or Lose It: When Actual Knowledge Isn’t Enough »

Phil was a quiet, humble man. He loved his family, loved the law, and loved to serve others.

Philip D. Lamos, age 53 of Painesville Township, passed away suddenly on June 11, 2021. He was a hometown boy who loved his family, especially his son Matthew and daughter Emily. Phil was a graduate of John Carroll University and received his J.D. from Cleveland-Marshall College of Law.

“Almost every attorney who reached out to me with shared condolences had a story of the time Phil pulled them aside and gave them helpful, appreciated, advice regarding their bankruptcy practice,” stated Lauren A. Helbling, Chapter 13 Trustee, Cleveland, Ohio.

“The news of Phil’s passing is very distressing. Phil was a good attorney and, perhaps more importantly, a good person. Phil always had time to answer questions, provide insights to complex legal matters and debate issues. Phil was a positive force in the world of Chapter 13. His voice will be sorely missed.” Tom DeCarlo, Staff Attorney, Chapter 13 Trustee Dave Ruskin, Detroit.

Phil began work as staff attorney to the Chapter 13 Trustee Myron Wasserman in Cleveland, Ohio, in 1997. In 2003 he became Chief Legal Counsel under Trustee Craig Shopneck. After Shopneck’s retirement in 2017, Lauren Helbling was appointed as the Standing Trustee. Phil and Lauren became fast friends. Lauren shared, “Phil generously shared his wisdom. However, his quiet persona changed when he had a microphone and an audience. He was a commanding presence at Staff Symposia, Brown Bag meetings with the Cleveland Bar, 341’s and the court room. Unfortunately, the court room audience never got to enjoy his superbly delivered deadpan one-liners. Phil’s sense of humor could catch you off guard if you didn’t know him well.” 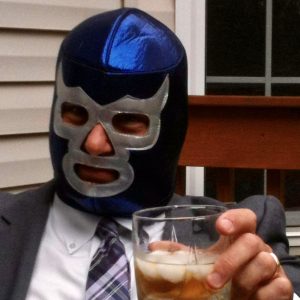 Phil had very diverse interests and tastes. He had a personal theme song – Soul Coughing’s Super Bon Bon. His musical recommendations included Foo Fighters, HϋskerDϋ, Midnight Oil, Talking Heads, and Florence and the Machine. He was also a fan of They Might Be Giants and took his son to see the group perform live multiple times. Phil also liked … wait for it … Lucha Libre Mexicana (a/k/a Mexican wrestling). He was not a passing fan. Rather, he was a real fan who knew the sport’s history and the luchadores that made the sport famous.

Fun fact: Phil was a contestant on Jeopardy. I think we can all agree that is a true “claim to fame.” Per Helbling, “Phil once challenged the office to donate to a particular charity. If we hit a certain goal, he would lug in an old TV with a VHS player (you young folks may need to google this) and show the entire office his Jeopardy appearance – of course we made sure we hit that goal! We were not going to miss out on that opportunity.” Phil didn’t win, but he enjoyed making jokes about his consolation prize – Rice-A-Roni (The San Francisco treat!)

Back in his role as a Bankruptcy Geek, Phil authored numerous articles in various law publications, including ConsiderChapter13.org, and served as a subject matter expert in the legal profession. “I adored Phil and was so excited for him in his new appointment as a Chapter 13 Trustee in Chicago,” quipped Regina Logsdon of ConsiderChapter13.org.

“I really appreciated Phil’s help when I became a Staff Attorney. He was grounded, calm and ready to solve any problem. I always enjoyed doing presentations with Phil because we would go through the nuances of conflicting case law, and he would end at the same place: ‘either way, we can make it work,’” remembered The Honorable John P. Gustafson, Bankruptcy Judge, United States Bankruptcy Court for the Northern District of Ohio.

“I met Phil when he joined us on the panel for the 2018 Staff Symposium to present at the Staff Attorney session. I immediately enjoyed his presence, his excitement for the project and his wonderful sense of humor, subtle as it was. I appreciated his expertise and the insight he brought to the experience. More so, I was impressed by his calm, and caring demeanor. Someone once said that Phil was like a wise sage. He was indeed. His knowledge of Chapter 13 case law, concepts and practicalities was impressive. Importantly, he was always willing to share that knowledge with our staff attorney community, and he did so with kindness and intelligence that helped us to learn and progress in our own practices. Phil was an important contributor to our community and will be missed. May he rest in peace.” Sarah E. Atwood, Senior Staff Attorney to Kathleen Leavitt, Las Vegas, Nevada.

When asked about Phil, colleague Marsha Brown, Staff Attorney to Doug Neway, Chapter 13 Trustee, Jacksonville, Florida, said: “As with many, I was stunned when I heard the news about Phil. I guess it just never occurs to any of us that someone so integral to the staff attorneys’ group would be gone so suddenly. I can’t think of any one story about Phil that would put it all in perspective because there are simply so many. Our paths crossed over the years (more years than I care to state). His contributions to SANE best reflect the contemplative manner in which he always looked at issues. Phil would take the law as it read along with the judicial opinions as it was interpreted, and then put his own reasonable twist to say ‘what do we really want to gain from this or that action’. He tried to keep us grounded to the more fundamental concepts of what we could do versus what would be best for the case. He gave a lot of his time not just through his SANE posts but through the NACTT seminars and symposiums. Phil was always willing to take the time to get involved and help others move forward in the bankruptcy community. That leadership and thoughtfulness will be sorely missed and hard to replace.” 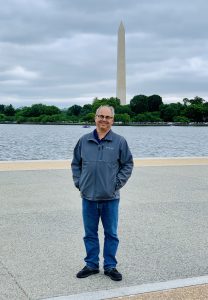 Once the pandemic hit, Phil regularly put together monthly Zoom Brown Bag meetings to make sure the Cleveland bar stayed in touch with each other. He cared about everyone, always putting his own needs last.

The tragedy of Phil’s passing is doubled by the fact that he was mere weeks away from stepping into a position that he was so proud of earning – his appointment as Chapter 13 Standing Trustee for the Northern District of Illinois. The trusteeship vacated by another tragic death, that of Tom Vaughn. Lauren Helbling: “Shortly before he passed, he called an impromptu Zoom meeting with the Cleveland bar to share the news of his appointment as the new Chapter 13 trustee in Chicago. It was his moment. Although he remained the ever-humble Phil during that meeting – I know inside he was beaming. And well deserved. I will forever take solace knowing how wonderful that moment was for Phil.”

Click here to view the online obituary and tribute video.

Cancel
« Remember, Landlords Are Sacred Cows in Bankruptcy
List It or Lose It: When Actual Knowledge Isn’t Enough »