Print Page
« I Feel A Change Coming On (Song by Bob Dylan, 1964)
Creditors’ Rights and Debtors’ Protections at the Intersection of Consumer Bankruptcy and UCC Article 9 » 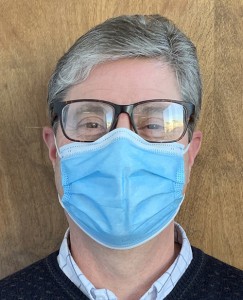 On October 1, 2019, John G. Jansing was appointed Chapter 13 Standing Trustee for the Southern District of Ohio at Dayton. John took over from Jeff Kellner, who retired and moved to New Hampshire.

John had some great mentors: Herb Beskin in Charlottesville, Marge Burks in Cincinnati and Faye English in Columbus. John toured Herb’s office in January 2020 and says “he talks to Marge and Faye on (almost) a daily basis”. John also relies heavily on his staff attorney, Scott Stout, and his 23 years of experience in the Dayton Office.

Upon graduation from law school, John clerked for the Ohio Second District Court of Appeals. He then practiced real estate law and managed a title company in Cincinnati for approximately 5 years.

John found his way into the area of consumer bankruptcy law in the late 1990’s. At that time, John joined a small firm in Dayton that handled real estate matters and creditor bankruptcy work. With the large number of bankruptcy filings in the late 1990’s and early 2000’s, John began to work exclusively in the area of bankruptcy law. In 2009, he was appointed as a Chapter 7 Trustee, for Dayton/Springfield. He served on the Chapter 7 panel for 10 years and administered approximately 7,000 cases in addition to handling his creditor bankruptcy practice.

When word got out that Jeff Kellner was retiring, John decided to apply for the Dayton 13 trusteeship. He was fortunate to be offered the position and trained with Jeff for three months. He officially started in October 2019. John succeeded Jeff as Secretary/Treasurer for the American Bankruptcy Law Forum in Dayton and as Treasurer for the Bankruptcy Bench-Bar Conference of the Southern District of Ohio. John is also on the Local Bankruptcy Rules Committee and is a member of the Attorney Advisory Committee.

John says that he “reads enough at work and is not much of a pleasure reader”. He enjoys spending time with family and friends. Prior to the pandemic, John had a standing date to meet some buddies on Friday afternoon, enjoy a few beers and tell stories.

John grew up in Cincinnati, and as a child, he and his four older siblings were taught that service and community were very important. Based on that philosophy, John continues to volunteer as a booster at Archbishop Alter High School, his kids’ alma mater. He even served as co-chair for the school’s largest fundraiser, a Labor Day weekend festival, which raised over $1.65 million dollars during his 3-year involvement. John also continues to work in the Alter press box for varsity soccer games.

John is an avid sports fan. He roots for the Bengals, Reds, University of Cincinnati Bearcats and the University of Dayton (Men’s and Women’s) Flyer Basketball teams. He is convinced that the UD Men would have been NCAA Basketball Champs for 2019-20, had March Madness actually gone forward!

John has been married for 30 years. He and his wife, Deb (also a lawyer), have 3 adult children, all of whom are out of the house, but not too far away. Their son is a police officer in the Dayton area and is recently married. Their older daughter is a nurse in Columbus and is engaged to be married. Their younger daughter recently graduated from the Art Academy of Cincinnati and still resides in Cincy. John and Deb share their home with their dog and 2 cats.

Cancel
« I Feel A Change Coming On (Song by Bob Dylan, 1964)
Creditors’ Rights and Debtors’ Protections at the Intersection of Consumer Bankruptcy and UCC Article 9 »