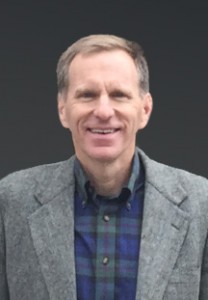 On October 1, 2020, Jonathan W. DeLoach was appointed as a Chapter 13 Standing Trustee for the Middle District of Georgia. He inherited a razor-sharp trusteeship vacated by retiring Kristin Hurst.

Jon, as he prefers to be called, received his Bachelor of Arts in History in 1988 from Emory University in Atlanta, Georgia. He is a National Merit Scholar and a member of the Phi Alpha Theta History Honor Society. He received his Juris Doctor from the University of Georgia School of Law in 1991.

After law school, Jon spent a little over a year as a law clerk with the U.S. Department of Justice, Environment and Natural Resources Division in Washington, D.C. This is certainly not a bit of resume history we see much in the bankruptcy world! While with the Department of Justice, he assisted senior trial counsel in defending the United States against regulatory takings claims and conducted research and drafted briefs in cases destined for the United States Supreme Court. These issues involved defining the nature of private property interests and the limits of government regulatory authority. Through this position he became thoroughly acquainted with all phases of litigation, takings law, CERCLA, the Clean Water Act, real property law, railroad law, and Native American law.

How did Jon find his way to consumer bankruptcy from takings law (whatever that is) and the Clean Water Act? Of course, we asked Jon this question.

After the Department of Justice clerkship, Jon landed a job back home in Georgia where he practiced civil litigation, local government law, and, of all things, creditors rights law.

In December of 1994, Jon moved to Columbus, Georgia, where he began his true life’s work in consumer bankruptcy as staff attorney to Kristin Hurst. Jon held this position for 25 years. As his mentor, he says Hurst deserves all the credit (and blame!) for his career. Jon feels very fortunate to have stepped into an office with a proven staff and well-honed procedures. Jon states that he has great admiration for the trustees who created offices from scratch. He considers them heroes.

Along the way, Jon picked up the game of tennis and continues as an avid player. He feels it is good for the soul to chase a ball and forget about insolvency for a while. His mixed doubles partner became his wife, so the game continues to pay dividends.

Jon’s ‘life policy’ is be kind. In all things be kind. “Everyone we meet is fighting a hard battle of some type. This is especially true with those involved in consumer bankruptcy”.

Jon says that he has always been interested in issues of supply and the decisions people make to support themselves and their loved ones. Consumer bankruptcy shows how those decisions can go awry and offers a chance to make better choices. In that way, Jon feels we are all doing important work.

As most attorneys, Jon loves to read. One of his favorite books is The Millionaire Next Door by Thomas Stanley. Jon commented, “In our culture, we often make judgments based on how things appear on the surface. Consumer bankruptcy reveals that many people are struggling below the surface. Dr. Stanley shows that the reverse can also be true.”

Jon shares his home and life with his lovely wife (and doubles partner), Rebecca, and their three cats. None of whom seem to have any interest in Chapter 13.