Print Page
« Post-Petition Causes of Action, Inheritances and Windfalls Are Property of the Estate and Must Be Reported to the Trustee – Part 3 of 5
IRS Attempting to Collect on Virtual Currency » 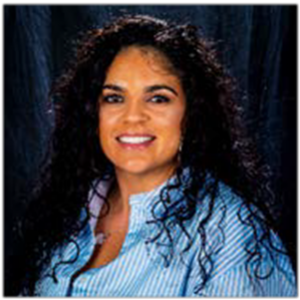 Tiffany M. Cornejo was appointed as the Chapter 13 Standing Trustee for the District of New Mexico on December 1, 2017. She took the reins from retiring Kelley Skehen.

Ms. Cornejo received her Bachelor of Science in Journalism (B.S.J.) degree at the University of Kansas in Lawrence in 2002 and remained there to obtain her Juris Doctor in 2005. She was awarded both the Dean’s and Bremeyer Scholarship Awards. During law school she was a voting member of the Admission’s Committee for the 2005-2006 incoming class.

After graduating law school Ms. Cornejo worked as an Associate for Shapiro & Mock in Overland Park, Kansas, where she represented mortgage companies in the areas of foreclosures, bankruptcy, creditors’ rights, commercial litigation, collections, replevins, evictions, and landlord–tenant law, all in both Kansas and Missouri.

From there, she moved to Saint Louis to accept a position as Senior Staff Attorney for Russell C. Simon, Standing Chapter 13 Trustee in the Southern District of Illinois. Ms. Cornejo not only represented the Trustee and trust, but supervised support staff. She served in this position for nine years until her new appointment as Trustee. She also served as President of Bankruptcy Attorneys of Southern Illinois (BASIL).

In addition to her professional duties, Tiffany enjoys cooking – Mexican food is a friend and family favorite, although since moving to New Mexico, there isn’t much call for her to cook Mexican food! She is an adventuresome eater and enjoys seeking out and trying new and different foods.

As a University of Kansas alumni, she has maintained her fan loyalty to the Jayhawks – especially in the NCAA Tournament. And Tiffany is an athlete herself. She is an avid boxer and enjoys not only boxing for fun and exercise but loves watching and attending live boxing matches.

She enjoys reading books that inspire. Examples include: Trevor Noah’s, Born a Crime and Becoming Michelle Obama. She never misses a John Grisham book release date; buying the book that day and reading it start to finish. Her favorite book is To Kill a Mockingbird.

She loves to hang out with friends and family and enjoys travel but prefers the destination include a beach – any beach!

Cancel
« Post-Petition Causes of Action, Inheritances and Windfalls Are Property of the Estate and Must Be Reported to the Trustee – Part 3 of 5
IRS Attempting to Collect on Virtual Currency »