Print Page
« From the Editor
December 1 Approaches (Again): Home Equity Lenders Get a Break and Other Changes to Rule 3002.1 »

“He was a good man and that is how I will remember John Talton.” David Peake, NACTT President.

John J. Talton, Chapter 13 Standing Trustee for the Eastern District of Texas, Tyler, Marshall, Lufkin, and Beaumont Divisions, was tragically killed October 17th, as the result of an automobile accident. John was on his way to court to perform duties of the job he loved so much.

“John was a kind and generous person and I will miss seeing him at professional meetings and conferences. He had a good heart and a sincere desire to make the bankruptcy process work well for those seeking help.” Debbie Langehennig, Chapter 13 Standing Trustee, Austin, Texas.

John was born in 1955 in Lake Charles, Louisiana. He was a graduate of the University of Houston School of Law and was licensed to practice law in Texas and Louisiana.

In his personal life, John enjoyed woodworking and he also cross-stitched. He served as a deacon at Sharpstown Baptist Church and as a third-grade Sunday School teacher. He was a member of Tyler Lodge #1233 A.F. & A.M. and a Past Patron of Troup Chapter # 421, Order of the Eastern Star and a member of Sharon Shrine in Tyler.

In 1986 John married Marsha Dupree. He said he could always remember his anniversary – the nation celebrates its independence on July 4th and he celebrated his lack thereof on July 5th. When John married Marsha, he became “Dad” to John Wesley and Tim. John loved his stepsons – blood lines did not matter. When asked, he always said, “Those are my boys.” The boys felt the same way towards him, he was truly their dad.

John and Marsha moved to Tyler, Texas, approximately 23 years ago where John served as the Staff Attorney for Michael Gross who was, at that time, the Trustee appointed to administer all of the Chapter 13 cases in the Eastern District of Texas (the district has since been divided).

After the retirement of Michael Gross in 2010, John was appointed as the Standing Trustee. 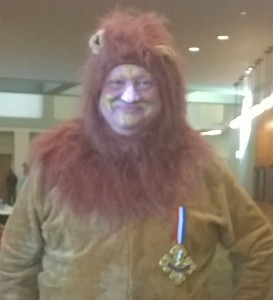 Lloyd Kraus, Staff Attorney to Talton, said: “John was my boss in name only. In truth, he was my mentor for nine years and one of my dearest, closest friends. John’s heart was perfectly tailored to be a Trustee. He acted selflessly and compassionately to every person that came through our office – staff, debtors, attorneys from all sides, everyone. He gave everyone the benefit of the doubt and never missed an opportunity to show mercy to someone in need. He was patient, kind, gentle, and loyal to everyone, whether they deserved it or not. He was the first to tell a joke and not let a situation get too serious too quickly. He lived a life filled with joy, love, and faith that showed through his work with every decision he made. John was one of a kind, and we miss him more than words can express.”

When asked about John, Carey Ebert, Chapter 13 Standing Trustee for the Eastern District of Texas, Plano Division, had this to say: “When I was appointed Trustee to take over the late Janna Countryman’s position, John had held down the fort for almost a year. The day it became official and he no longer had to make the trek to Plano from Tyler every week, he told me I was his new best friend! I can’t tell you how lucky I was to have John as my “new best friend”. I could not have had a better mentor, friend and confidant to guide me through the, sometimes, murky waters of life as a Chapter 13 Trustee. John was the consummate southern gentlemen. Kind, sweet, funny, and incredibly bright. He loved his job, his staff and his family and not in that order. My heart just aches and to say he will be missed is an understatement. We are all better for having known him.”

In researching for this tribute, I came across a quote from John himself and am struck by its poignancy. “I am deeply saddened by her untimely death and the bankruptcy community has suffered a great loss.” John said this of Janna Countryman only a few short years ago. I believe we are all deeply saddened by John’s untimely death and the bankruptcy community has truly suffered a great loss.

I am also struck by the apropos photograph of John that I just happened to have – John, good-naturedly, dressed as the ‘all heart’ Cowardly Lion at a seminar in Texas several years ago.

I believe Sid Scheinberg, Creditor Attorney from Dallas, Texas, summed up nicely the bankruptcy community’s thoughts: “John was a true gentleman in every sense of the word. He treated those with whom he practiced with respect and kindness. Qualities that we could all learn from.”

Cancel
« From the Editor
December 1 Approaches (Again): Home Equity Lenders Get a Break and Other Changes to Rule 3002.1 »