Is There a Light in the Farm Economy?

By Mark Harring, Standing Chapter 12 and 13 Trustee for the Western District of Wisconsin (Madison, WI)

According to the USDA, farmers are facing unrivaled income volatility, coming off high commodity prices five years ago. Roger Johnson, president of the National Farmers Union said, “the prices that farmers have been receiving for their products aren’t paying the bills, and too many people are being forced to give up farming”2.

It is no wonder, given the above financial pressure, that the Centers for Disease Control and Prevention reports that farmers as a group have a higher suicide rate than any other occupation. Its twice as high as that of military veterans.3

During 2017, the United States Courts shows 501 Chapter 12 Bankruptcy filings – the highest level since 2012. Chapter 12 bankruptcies are designed for “family farmers” and “family fishermen” with regular annual income4. For the first quarter of this year, the Federal Courts system shows Chapter 12 filings of 116. Last year it was 117. Virtually the same.

While bankruptcy can offer a fresh start, the ability to reorganize operations, and restructure debt, the underlying economics need to change.

Trump’s latest Mexican trade deal may help the dairy industry but it is not clear how other sectors will fare. Nor is it clear what will happen to farm exports to Canada6.

A simple thing Congress can do now is to pass a fair Farm Bill. Last fall Congress passed 11 USC §1232 allowing governmental unsecured claims against the debtor or the estate to be discharged. This allows the fresh start promised under Chapter 12 to actually happen.

Another thing Congress should consider is to increase the Chapter 12 debt limits from $4.1 million7 to $6 or $10 million. It costs the taxpayer nothing and matches the reality of the extended family farm as we know it now.

If you are interested in Chapter 12 and helping the family farmer, there will be a conference July 15 and 16, 2019 in Indianapolis. The agenda is currently being formulated but it promises to cover a wide range of farm reorganization topics. More information will be available at http://www.act12.org/ early next year.

[1] John Newton, Director of Market Intelligence for AFBF in Wisconsin State Farmer May 18, 2018 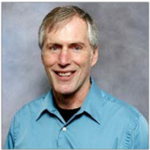 Mark Harring is the Standing Chapter 12 and 13 Trustee for the Western District of Wisconsin. He is a graduate of the University of Wisconsin Madison. Trustee Harring has over thirty years of bankruptcy, trust, and management experience. He was previously the Director of Operations for Standing Trustee William Chatterton and helped that trustee move from paper records to state-of-the-art computer systems. Prior fiduciary and banking experience includes managing an internal audit division for what is now Great Lakes student loan servicing corporation. Mr. Harring has over fifteen years’ experience as owner operator of cattle and grain farms in southern Wisconsin. As such, Trustee Harring is one of the few Chapter 12 Trustees in the country with firsthand farm experience. Mr. Harring has received national awards and recognition as a director and board member of a local branch of an emergency medical organization. He currently serves that national organization as a regional advisor. Trustee Harring is member of the National Association of Chapter Thirteen Trustees and serves as the chair of their website committee. He further serves as the president of the Association of Chapter 12 Trustees and as a member of their conference planning committee.