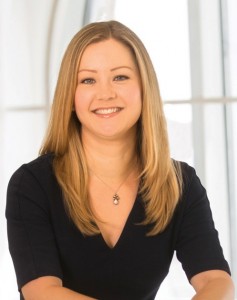 Honorable Sage M. Sigler was appointed as a Bankruptcy Judge for the Northern District of Georgia on March 28, 2018. Judge Sigler succeeds the retiring Hon. Mary Grace Diehl1, for whom she clerked after graduating from law school. She earned her J.D. from the Emory University School of Law, where she was the executive symposium editor of the Emory Bankruptcy Developments Journal, and earned her B.A. in political science from the University of Florida. Prior to her appointment to the bench, Judge Sigler was a partner in Alston & Bird LLP’s Bankruptcy and Financial Restructuring Group. At Alston & Bird, she represented debtors in complex Chapter 11 cases and advised clients in all aspects of bankruptcy proceedings, including with regard to secured and unsecured claims, preferences, fraudulent transfers and other litigation matters. Additionally, she represented clients in complex business and commercial litigation, with an emphasis on breach of contract and financial accounting litigation.

She was recognized as an emerging leader by the American Bankruptcy Institute in its inaugural “40 Under 40” awards program. She was selected for the honor from among nearly 200 nominees nationwide based on her professional accomplishments and community leadership. She has also been recognized as a “Rising Star” by Georgia Super Lawyers magazine each year since 2012 and was named to The Best Lawyers in America© for 2018 in the area of Bankruptcy and Creditor Debtor/Insolvency and Reorganization Law.

Judge Sigler is an active member of International Women in Restructuring Confederation, the American Bankruptcy Institute, and the Bankruptcy Section of the Atlanta Bar Association, and enjoys being a volunteer presenter for the Credit Abuse Resistance Education program.

She lives in Midtown Atlanta with her husband, daughter (8 months), and their rescue dog.